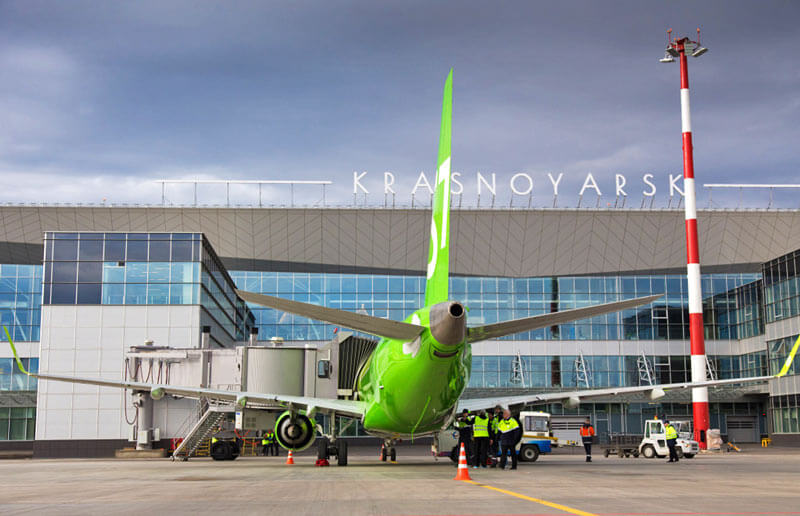 As part of the modernization of Krasnoyarsk International Airport and the creation of the largest aviation hub for Aeroflot, TET Estel supplied aerobridge frequency converters for servicing aircrafts.

Krasnoyarsk (Yemelyanovo) airport was built in 1980, since 1993 it has international status. In December 2017, a new passenger terminal with an area of 58 thousand square meters was opened. As part of the federal competition, the airport was named after the tenor a native of Krasnoyarsk, Dmitry Hvorostovsky.

Aerobridge power supplies were made on the basis of new generation frequency converters and are designed to power the on-board network of aircraft during their pre-flight service at the airport.

Thanks to the introduction of equipment manufactured by TET Estel according to the latest technological developments, the airport's capabilities for servicing all types of aircraft will significantly expand, as well as improve passenger traffic, which will allow the airport to reach a new level of departure of 1,300 passengers per hour.

TET Estel has successfully confirmed its compliance with international standards

The company supplied equipment to the Republic of Uzbekistan

Supply of equipment to the Kemerovo International Airport

Supply of a hybrid diesel power units to Kyrgyzstan

Shipment of equipment to Republic of Belarus

Company won a tender in the Republic of Belarus

Project at Raaziku substation is completed

TET Estel thanks everyone for the congratulations!

Book publishing and exhibition for the factory’s anniversary

Shipment of equipment to Republic of Belarus

Meeting with member of the city council

Supply of equipment for the Belarusian holding "BELAVTOMAZ"

Supply of equipment to the airport of Krakow

A new project for Titanium industry

Replacement of equipment at Raaziku substation

Another project in Belarus

Equipment operation during the pandemic period

The aircraft equipment for Trieste airport

The unique order for SecoWarwick

The aircraft equipment for Trieste airport

Large supply of equipment for aircraft

The Day of Energy!

Integrated power supply system for aircraft based on PIT-systems

The grand opening of the tram tracks in Kopli district

Test drive on the new rails in Kopli district